A version of this article was published in July 2019 in The Conversation, on the website of the World Economic Forum and re-printed in The Independent newspaper.

As the last of 2019’s Glastonbury Festival tents are packed down, its legacy might be more than mud-free memories of scorching sunshine. Hot on the heels of Primavera Sound’s 50/50 gender balanced line-up in May , Emily Eavis, Glastonbury’s talent booker, has been praised for securing female, or mixed gender acts to almost half of the festival’s slots (42%), up from 14% in 2015 . The push towards gender balanced line-ups, or so-called ‘50/50’ pledges, is led by the PRS ‘Keychange’ initiative which calls for equal numbers of male and female performers at high profile festivals and music events by 2022. 250 music organisations have already signed up, but the move is controversial. This may seem surprising when we know that high profile role models are an important part of the psychology of inspiring women to enter male dominated occupations . Actively recruiting women into visible public positions should be welcomed by all, surely?

The problems begin when we look more closely at what happens when targets or ‘quotas’ are used to address gender inequality. The argument is that without legislation requiring organizations to appoint a set number of individuals from the minority group, change will not happen fast enough. In 2011, the Davies Report, commissioned by the UK Government, calculated it would take 70 years for men and women to achieve equality on company boards if the status quo wasn’t challenged . Yet these quotas can result in women’s recruitment to less influential positions. In countries where gender quotas for company boards are already mandatory, it is not uncommon to find women in non-executive positions where their power is limited: impression management rather than real change . We can see this happening at Glastonbury too. The festival came under fire for its misleading posters that suggested Janet Jackson and Kylie Minogue were headlining the Pyramid stage alongside Stormzy, The Killers and The Cure, when in reality they were much further down the bill. Despite a female participation rate of 42% there were still no women headlining at the 2019 festival 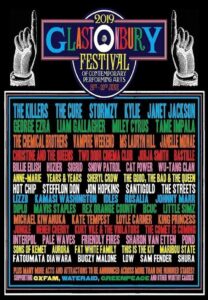 Another criticism of diversity quotas is an assumption that choosing people because of their gender – whether to perform at a festival, or lead a company – means ability and talent matter less than getting enough of the under-represented group to meet the target. This ‘tick-box’ view has damaging effects for everyone. Men feel aggrieved that they may have lost out unfairly, while women feel they have only been chosen because of their sex, and not their talent. However, filling quotas does not have to be at the expense of ensuring top quality, providing there are sufficient numbers of men and women in the talent pools you’re drawing from. You set the barrier high, then choose equal numbers of men and women who can jump it. We can apply this approach to ethnicity, sexuality, age, and any number of individual characteristics too. There is also an argument that if we are serious about addressing inequality, then the dominant group will (and should) necessarily lose its entrenched advantage.

But this is where it gets interesting. Because in music, as with many other creative and tech industries, the talent pools are far from equally sized. A recent report from the Annenberg Inclusion Initiative studied 700 popular music songs released in the U.S between 2012-2016. Women made up 21.7% of artists, 12.3% of songwriters and only a tiny 2.1% of producers, suggesting that as creative roles become more techie, already low female participation rates fall sharply. This is especially so in electronic music, which is the field I’m currently researching . Female producers are estimated to represent only 5-10% of the population in this industry and I undertook a gender analysis of the tracks in the Beatport Top 100 one Sunday in May to test this. Sure enough, 91% of them were made by men. And of the 9 tracks with women listed as an artist, it appeared only 5 of them were written and/or produced by a woman as opposed to ‘just’ featuring a female vocalist. These are tiny proportions.

Driven by the digital revolution in music production, writing and producing the music that you play as well as performing is a vital part of being a credible artist. From my research, it is clear this is fast becoming the most important criteria in electronic scenes. Without your own catalogue of releases you’ll struggle to get booked to play the mid-range festivals that are the grass-roots of the industry . It is these events that produce the next generation of A-listers and headliners at the major festivals. So even if women are great DJs, and put on an amazing show, if they are not writing and producing their own music, they will lack the reputational capital they need to be taken seriously and our pipeline of future female talent runs dry.

So 50/50 line-ups do provide great opportunity for female artists, offering role-models to inspire girls and women to pursue musical careers. But they also risk reinforcing difference through the divisive nature of quotas. That is not to say we should abandon the idea, but we also need longer-term solutions to break down stereotypes about music/ technology. Initiatives like Toolroom’s ‘We Are Listening’ academy , Hospital Records ‘Women in Drum and Bass’ group , the SheSaidSo mentoring scheme and educational projects like ‘Women in Sound on Sound’ are all examples of programmes that give women a ‘leg-up’ in music production so that they can compete for the top slots. Offering safe spaces to learn, connect with other women for support, network and get noticed, these are things that will create sustainable change for a more inclusive music industry of the future.