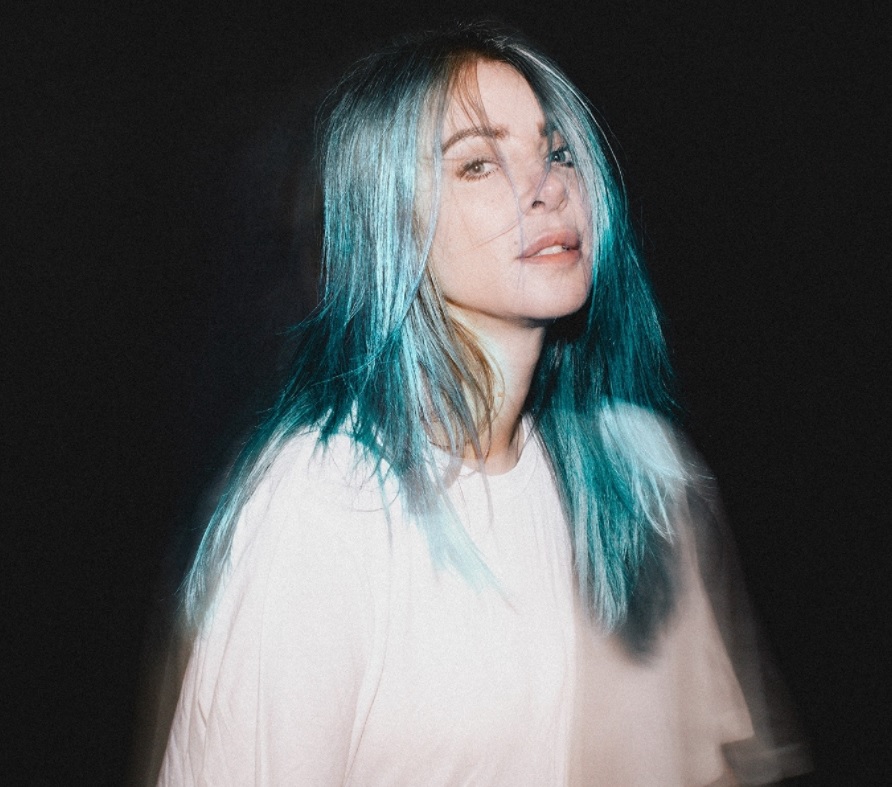 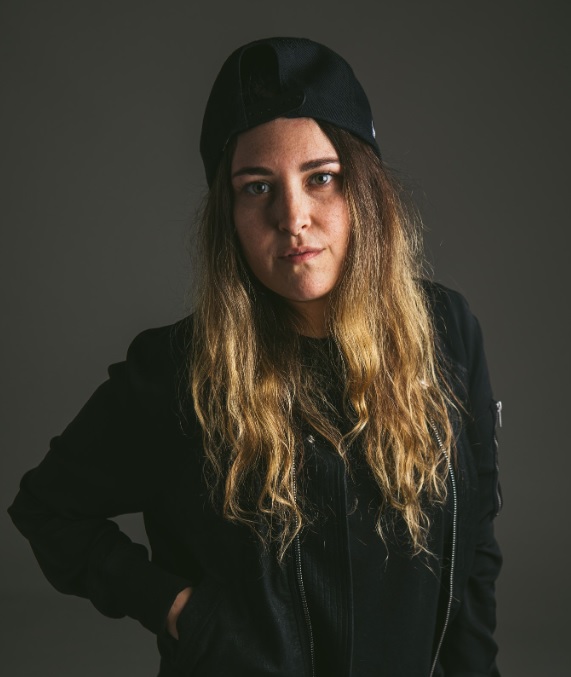 Producer based in Chicago, USA. 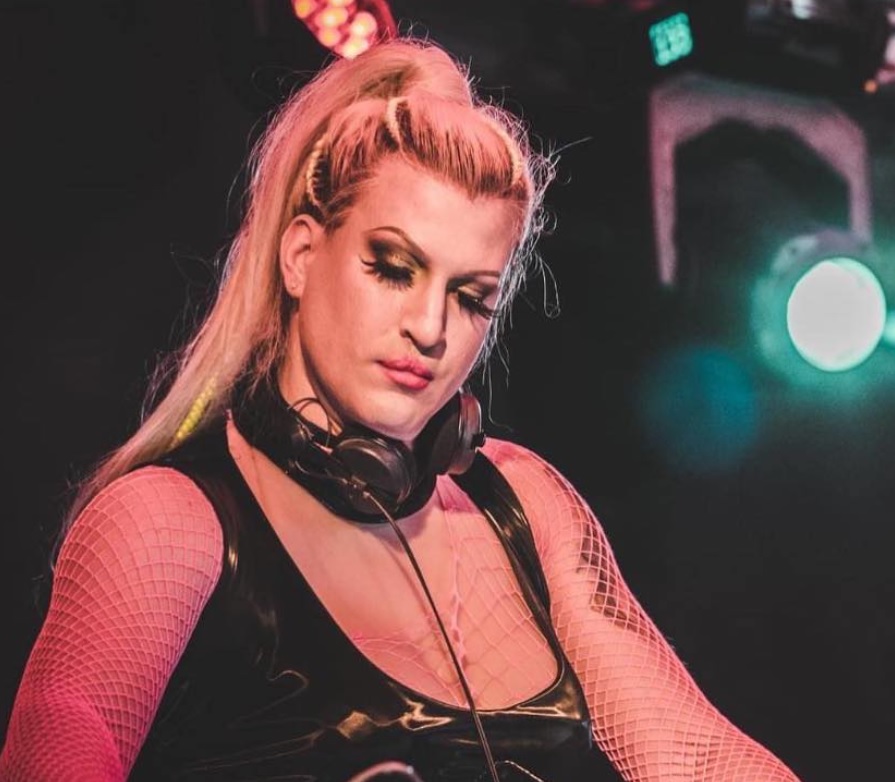 Producer based in Bratislava, Slovakia.

B-COMPLEX is an estabilished slovak DJ star. D&B project, that took the dnb scene by storm with her banger Beautiful Lies. Since it’s release in 2008 on Hospital Records, Matia played all over Europe and over, performing for the crowds from London to Auckland. Following with various remixes and tunes like Rolling With The Punches or Three Dots she is now a stable part of dnb scene and represents modern sound of Slovakia. In 2015 Matia announced her transgender comingout, she promotes tolerance and freedom of selfexpression through her music and stance. 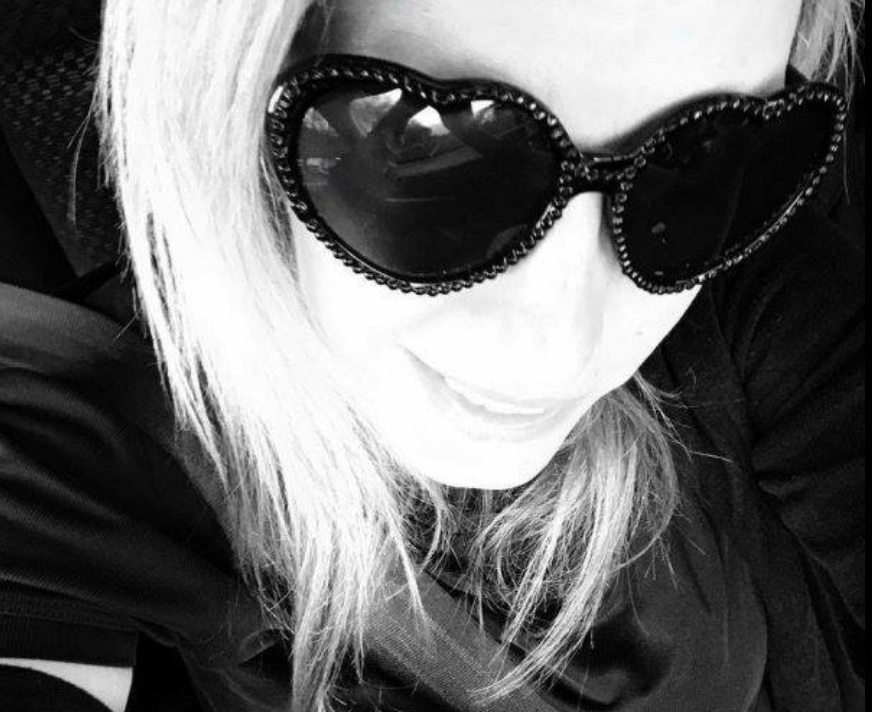 Based in New York, USA.

Begoña is one half of New York’s renowned producer and DJ duo Sleepy & Boo, and she is proudly making her solo recording debut on 3Bridge Elements. Her Horizons EP marks an evolution of Begoña’s deep interest in meditation, spirituality and consciousness, expanding on the 20-minute meditation soundtrack paths she has been releasing over the last year. Begoña’s music explores more contemplative grooves, inspired by nature and stillness, incorporating elements of downtempo, dub, ambient and balearic vibes. She is a firm believer that music has the power to heal, transform and connect the world and all individuals. 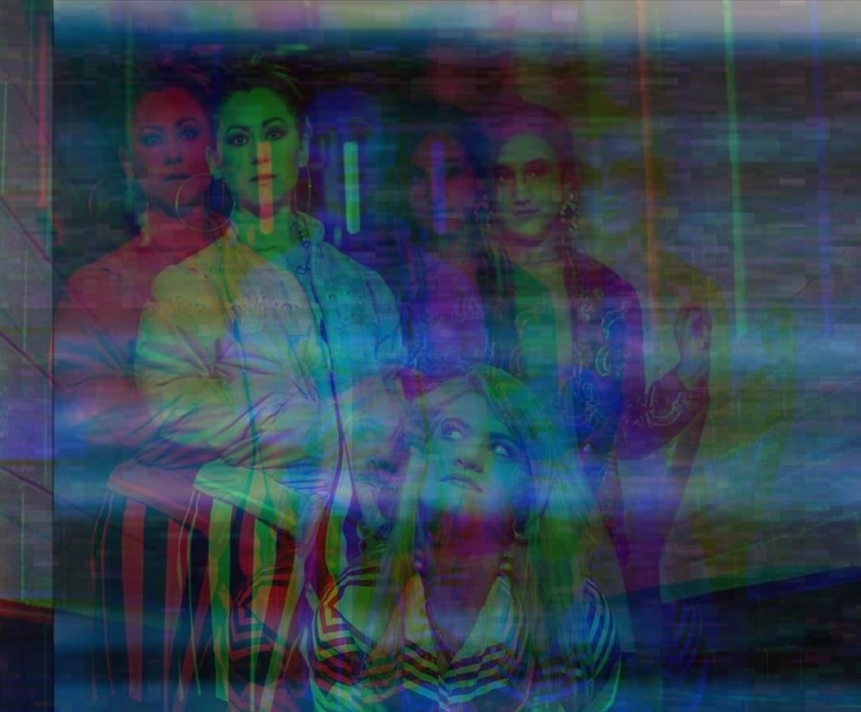 Producer based in Northampton/London, UK.

Cassini Circles are a electronica band featuring vocalist Shannon Kait and producers Jo Burns (Madame Electrifie) and Yoshe Watson. Their music takes a journey through dark brooding basslines and haunting vocal melodies, through electronica, trip hop and house. Influenced by the energy of the dancefloor combined with the ambience of the after party, it’s a heavy blend taking in influence from everything from jazz to dub. 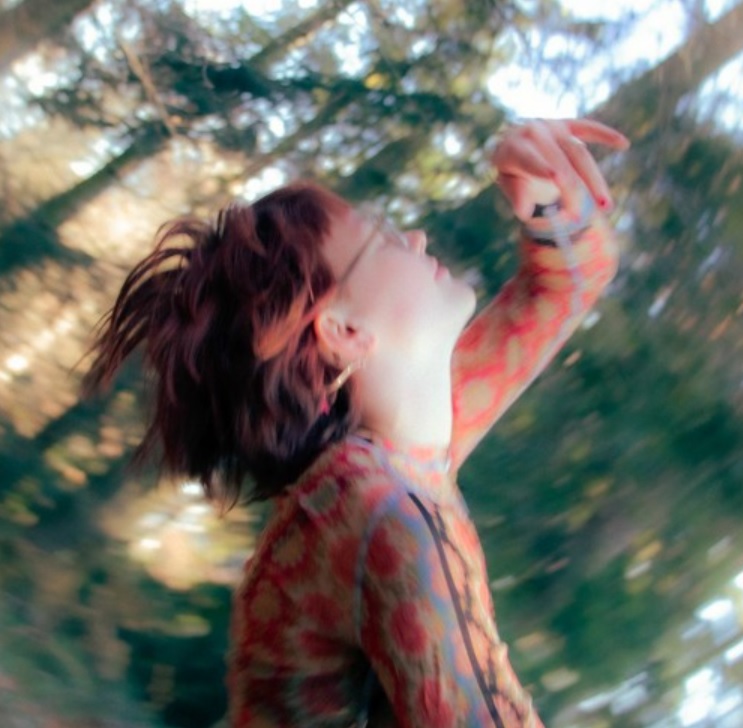 Producer based in Bern, Switzerland.

“From early on, I started to focus on visual design after playing drums as a kid. After graphic design studies, I started to study fine arts, and in that time I discovered my passion for electronic music production. In musical as well as in visual work, my approach is mainly organic and a flavour of sensuality is inevitable. Influenced by many different genres and also nonmusical inspiration I am now on an ongoing journey of creative exploration.” 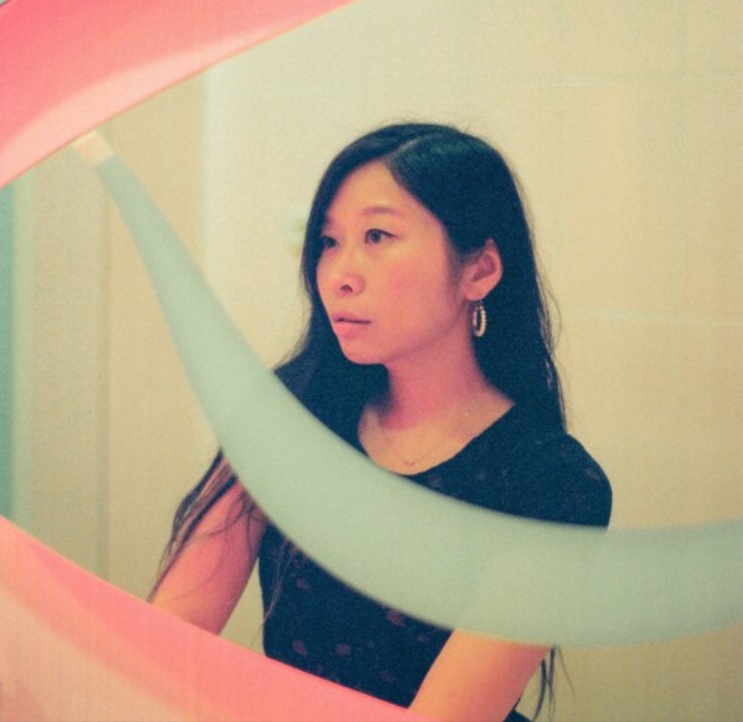 Producer based in Toronto, Canada.

Ciel is a Xi’an-born and Toronto-based producer, pianist, and DJ. 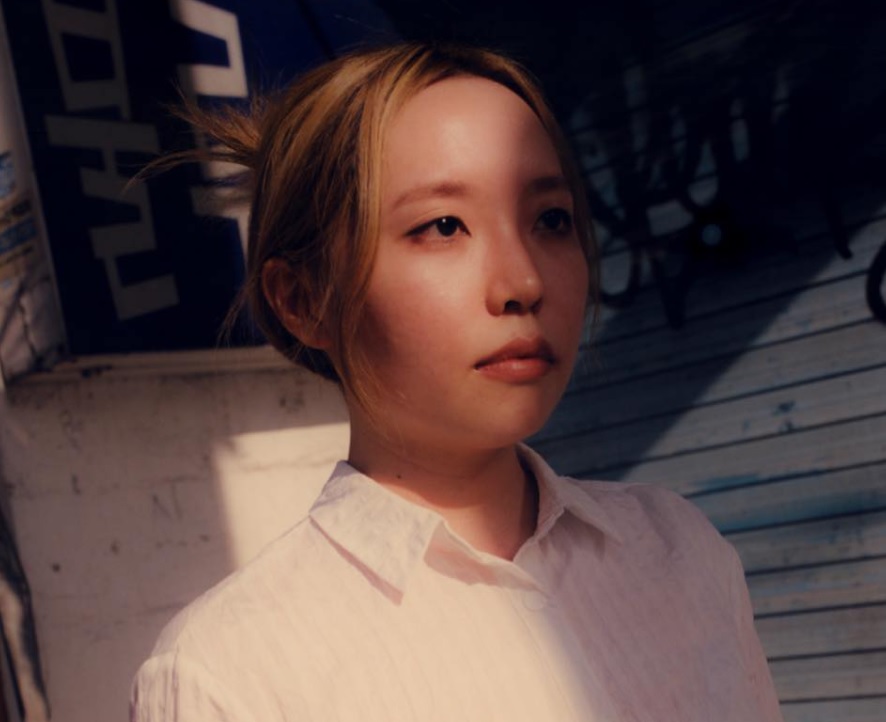 Producer based in South Korea.

Closet Yi is a DJ/Producer who has played at some of the most respected clubs in Seoul. She has recently released on Korea’s leading label Honey Badger Records with her ‘Ruminate’ EP, as well as London based labels all my thoughts and No Bad Days. 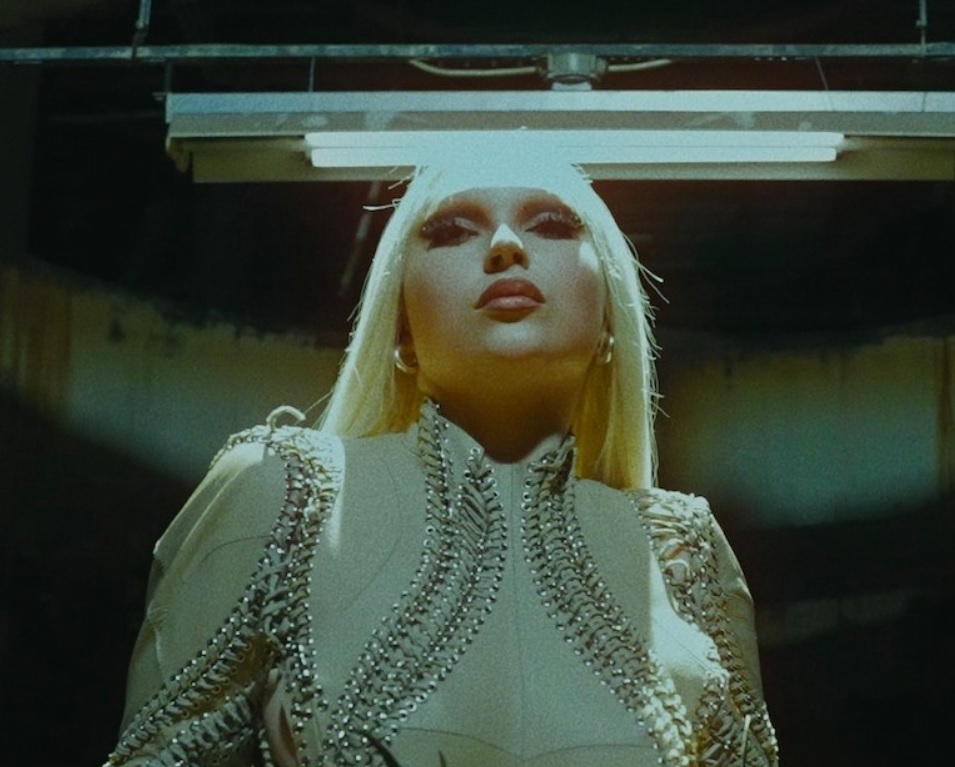 Producer based in Sweden. 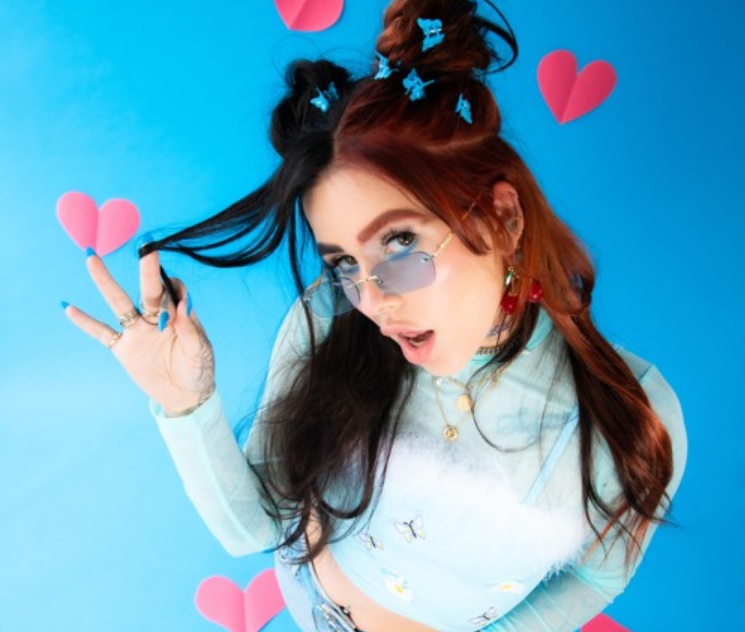 CRAY, short for Cheney Ray, is not actually an abbreviation for “crazy.” However, the LA-based producer, DJ, artist, and gamer has been effortlessly styling Crocs and cultivating a fan base at a rate that could be defined as such, thanks to her sincere nature, genre-defiant bangers, humorous observations on life and relentless dedication to high-quality snackage since she entered the scene in 2015. After relocating from her hometown of Vancouver to Southern California to pursue warmer weather and a sociology degree at Chapman University, she decided to put her early love for electronic music to work, initially seeking to pursue a career in artist management. Not one to half-ass anything, she dedicated herself to learning to produce music firsthand, to fully understand what being a musician entails. It wasn’t long after she began creating her own sounds that she fell in love with making music, realized “damn…I’m pretty fucking good at this,” and started playing shows under her childhood nickname-turned-stage name, CRAY. 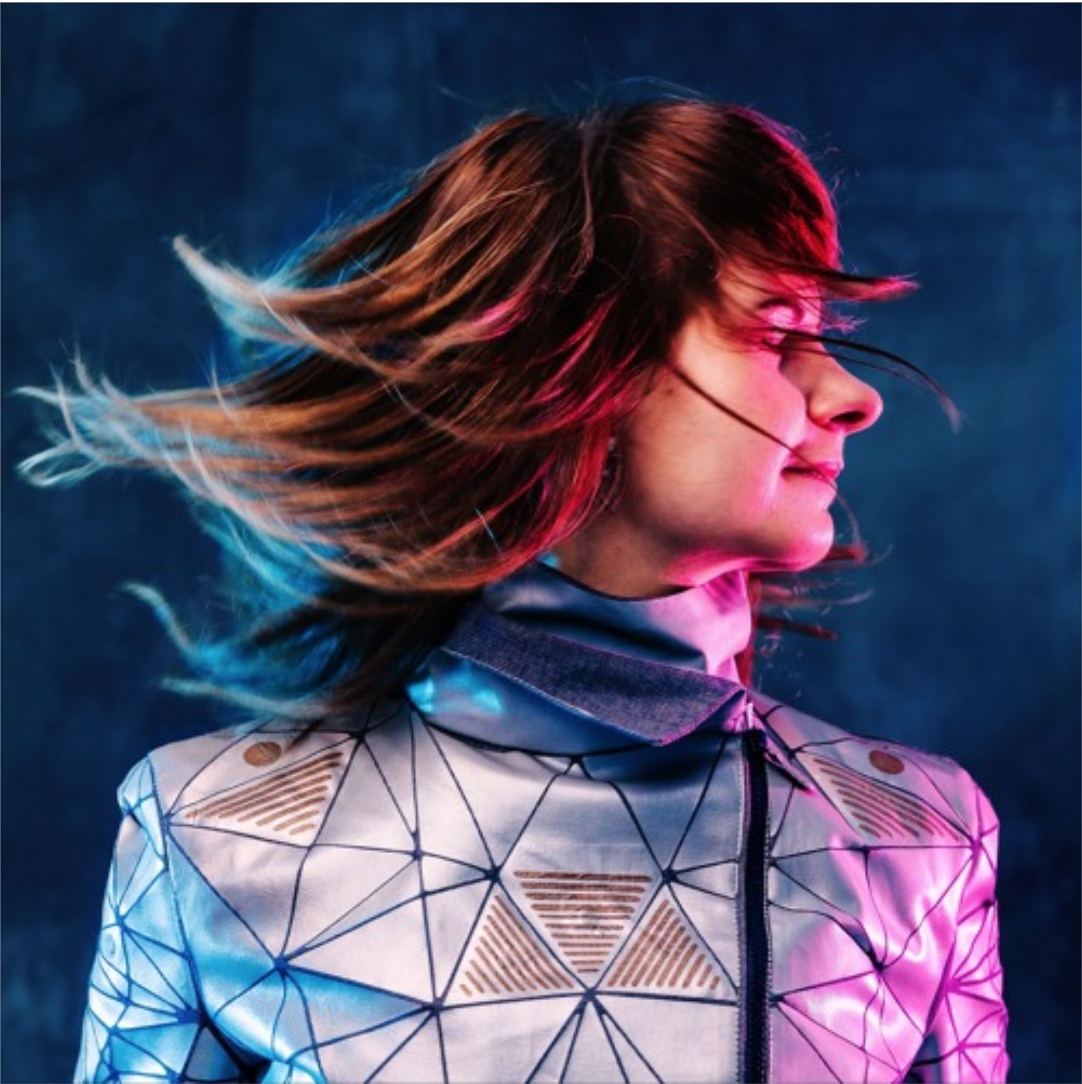 Producer based in the Netherlands

Dansor is fast cementing herself as one of Holland’s hotly tipped electronic music artists. Founder of Comport Records, the Hungarian-born Producer and Media Technologist is also the former winner of Pete Tong’s Bedroom Bedlam and Dave Clarke’s ADE Demolition panel. An established Live Act as well as a DJ, Dansor’s performances have graced Sziget Festival, Ozora Festival, Balaton Sound, not to mention an inventive appearance at ADE where she performed her debut album ‘Theory Of Love’ live alongside jazz musicians, or her interactive AV performance during TEDx with a sensor jacket and Ewa Pepper violinist.  Dropping her debut album at the start of 2016, ‘Theory of Love’ garnered a glowing print review in DJ Mag, radio support from the likes of BBC Radio 6 Music’s Nemone, John Digweed and Jonty Skrufff, not to mention topping the Beatport charts with the release hitting no.1 in Breaks, no.14 Electronica, no.18 Deep House, no.23 in the Tech House – resulting in an overall Top 100 appearance at no.93. Now, with her live set evolving and Comport Records maturing, the future looks to be bright and promising individual. 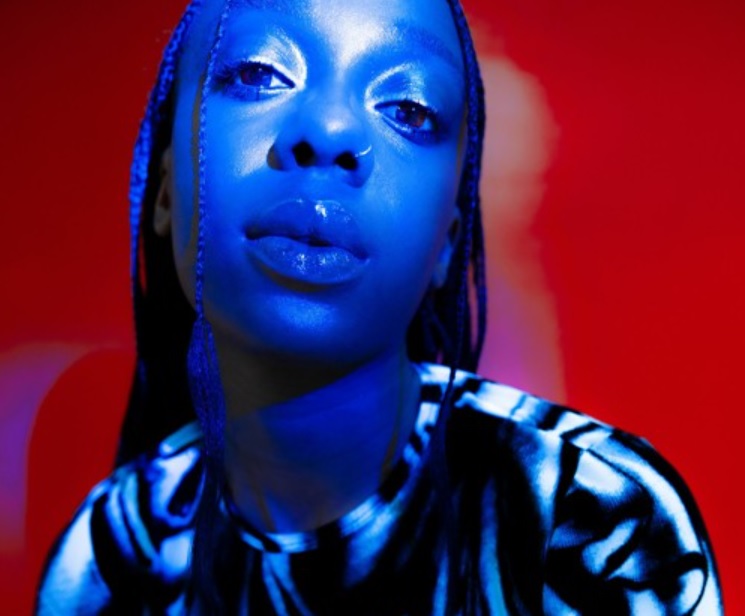 Producer based in Vancouver, Canada. 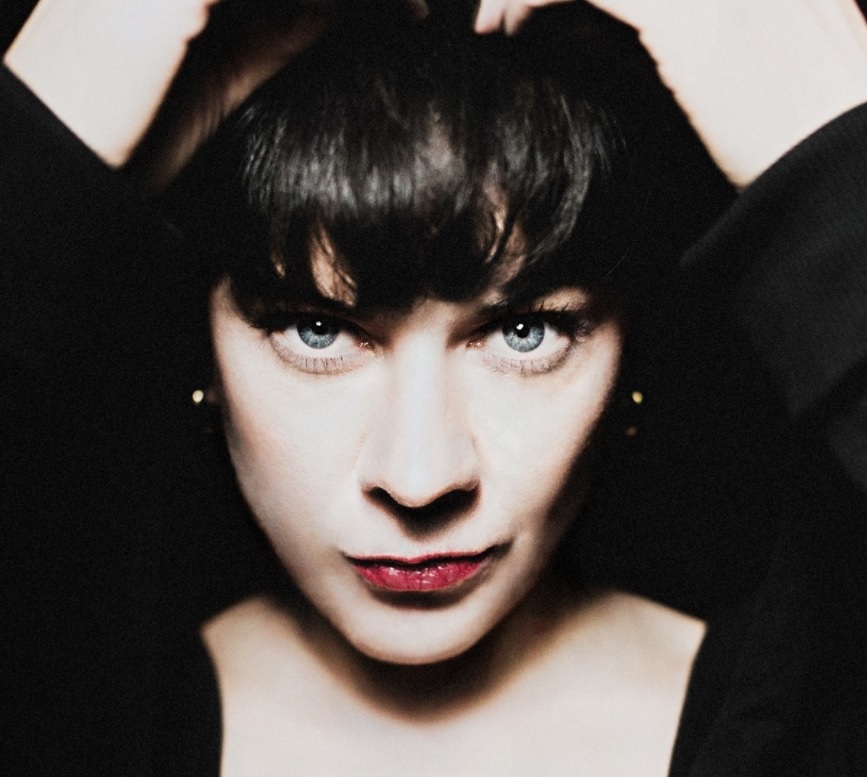 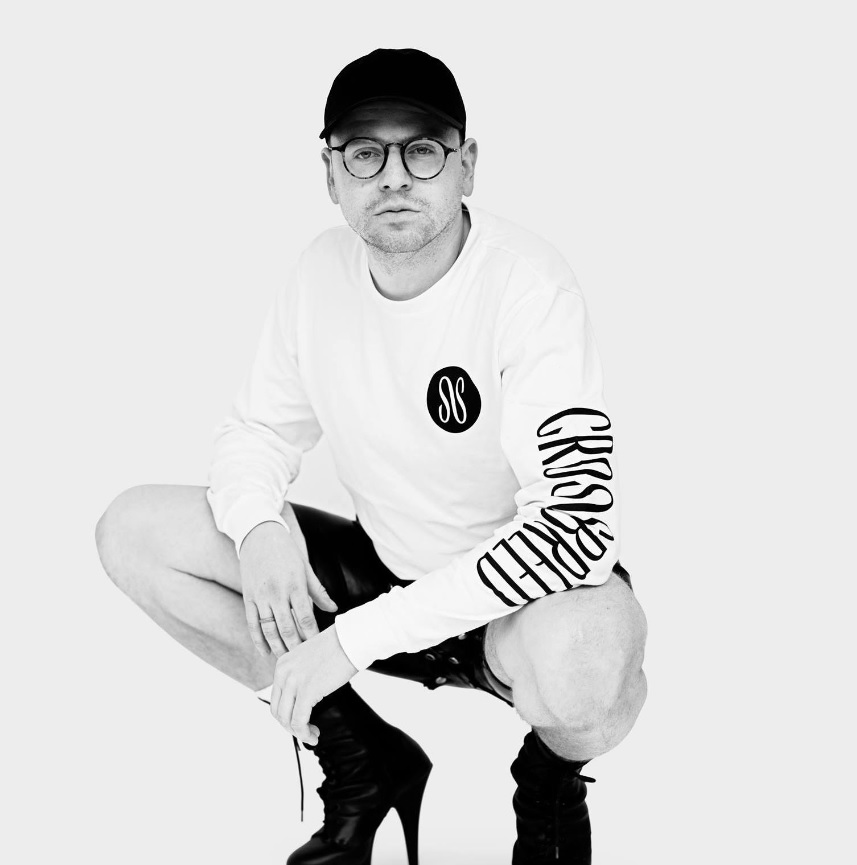 London based Kiwi has created a sound all of his own over the past 4 years Receiving support from DJ Harvey, DJ Tennis, Optimo, Andrew Weatherall, Daniel Avery, and Erol Alkan to name a few. 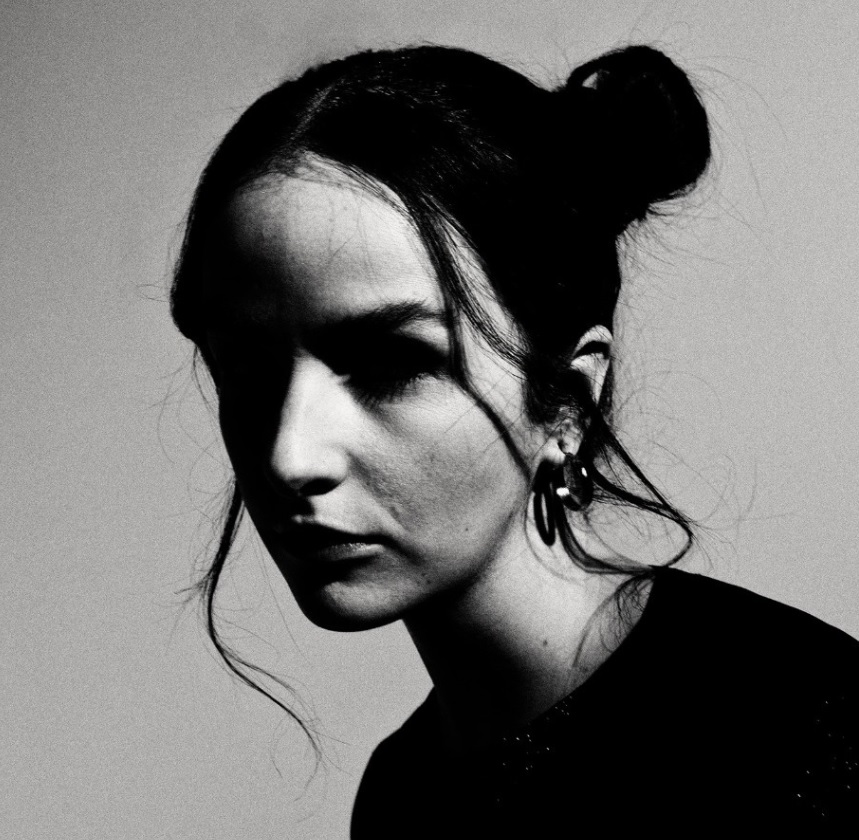 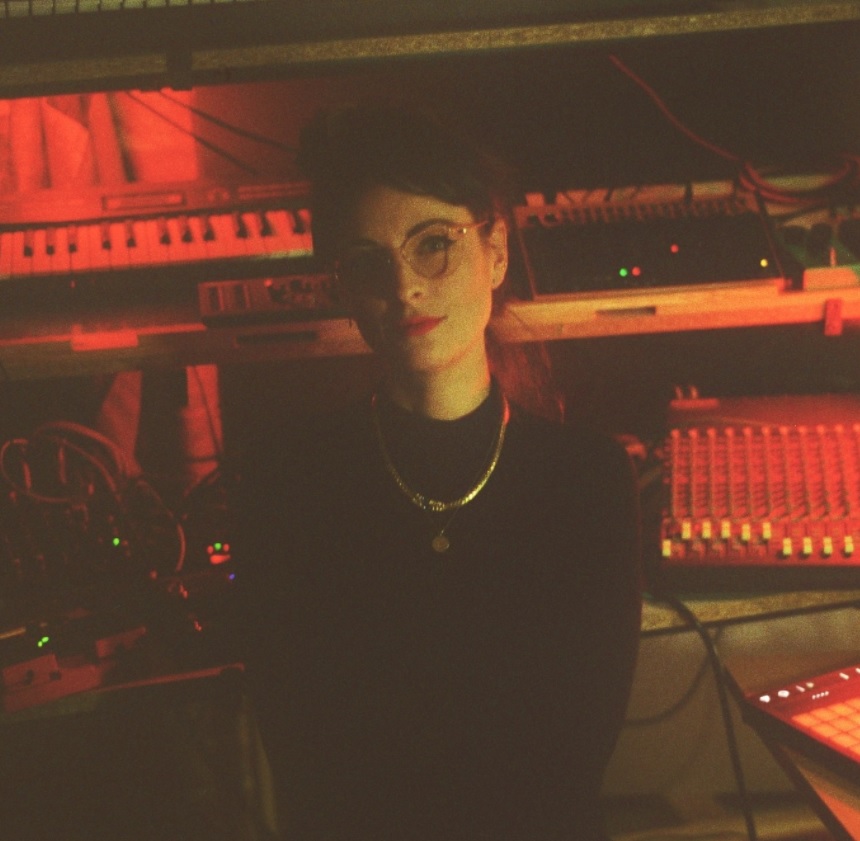 Eluize writes, curates and creates a spectrum of house and techno. The Australian born, Berlin based DJ, producer, live act and vocalist’s sound spans from dubby and spacious, through rave inspired euphoria to intense and acidic. Her debut album surfaced on Craigie Knowes in April 2019. “Confide” is a beautiful 7 track journey built on a blend of Eluize’s voice, drum machines and synthesis, flowing between dance floor hypnotics and melodies that throw you adrift in a lonely cosmic ocean. 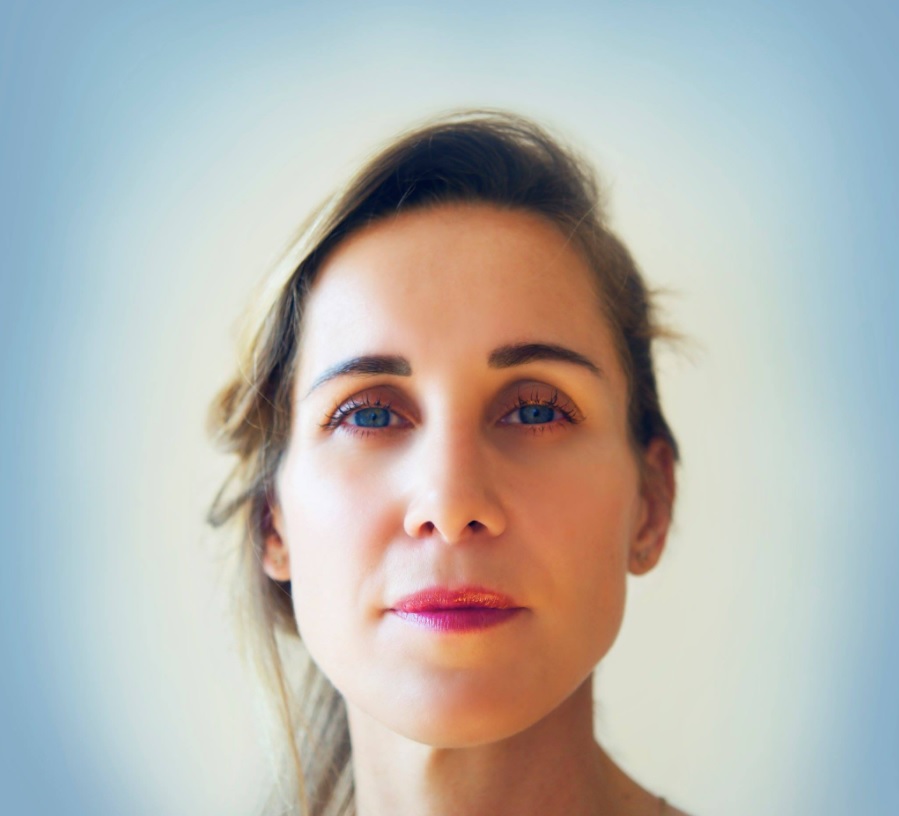 Producer based in France and UK.

Franco-british singer, musician, composer, producer and DJ, Emily Marie Richou definitely has several strings to her bow. Emilee, offers us a glimpse into her own mysterious world, a reflection of inner landscape and atmospheres where fear, doubt, hope and inner joy co-exist. Emilee’s upcoming Album ‘The Extra Ordinary’ will be released on February 5th 2021, with her first single ‘Mely Out of Reach’ out on the 10th of July. Emilee’s sound is described as playful and nostalgic, with a twist of deep, strong emotions. Her singular vocal signature paired with atypical mixtures of sounds and instruments brings texture and density to each of her compositions. 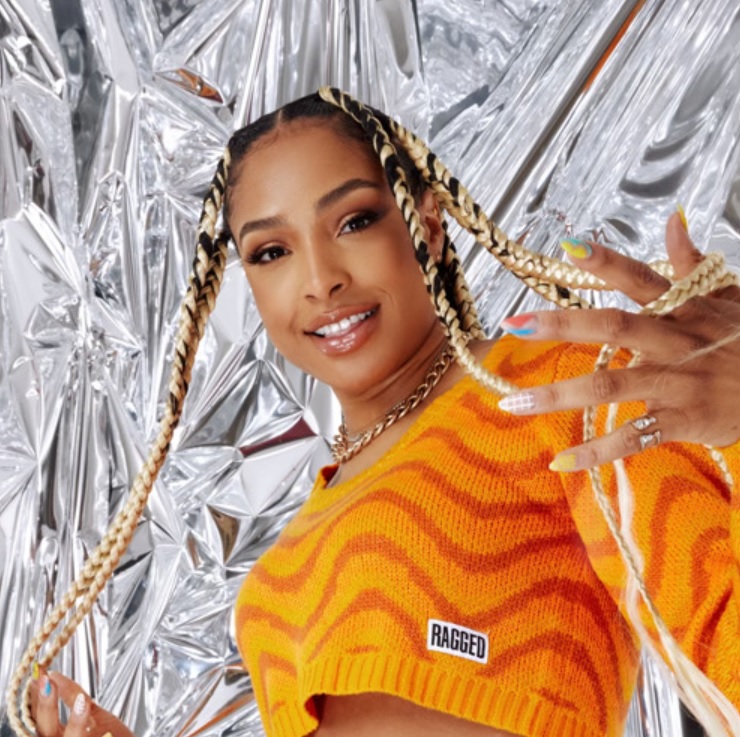 From a basketball player, turned U.S Navy sailor, turned DJ/Producer, Honey Luv is a force to be reckoned with. Hailing from a city filled with house culture, Cleveland’s own Honey Luv is currently taking the dance music scene by storm. She made her first debut with spinning Hip Hop and R&B music on Dash Radio as a Guest DJ for celebrity trainer Corey Calliet’s “Issa Lifestyle” radio show and playing for all the hottest urban parties in Los Angeles. She then later on switched over to dance music, her first love. With only two years of DJing under her belt Honey Luv has started to establish herself in the dance music world by playing online for notable festivals such as Desert Hearts and House Nation Music. She has played all over the USA, whether it’s in nightclubs, hotels, or private events; it’s always an experience when Honey Luv is on the decks. She even started her own radio show powered by ill Donuts Radio called, “House of Honey.” She created this show to showcase the underground dance music culture and to shed light on the culture of where House music generated. For HoneyLuv, it’s all about creating a groovy vibe, and an unforgettable experience. She loves to play those tracks that gets you to move every part of your body without you realizing it, regardless of any genre. Don’t be surprised when you see Honey Luv on the big stages these coming years.

←123→
We use cookies on our website to give you the most relevant experience by remembering your preferences and repeat visits. By clicking “Accept All”, you consent to the use of ALL the cookies. However, you may visit "Cookie Settings" to provide a controlled consent.
Cookie SettingsAccept All
Manage consent